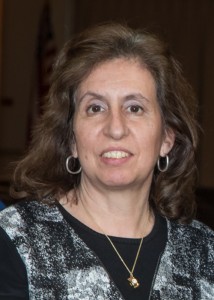 – A REFRESHING TAKE ON NATURE PHOTOGRAPHY –

Nowadays, the name “Janet Markman” has become synonymous with Nature Photography – more specifically, Avian / Bird Photography. Though raised in New York, Janet has been a resident of Caldwell, New Jersey for more than 25 years. Always been fascinated with nature, her true creative – passion, observing and photographing birds, has expanded to include other winged wonders  notably picturesque butterflies and moths. But, let’s not overlook her captivating and award-winning photos of other fascinating four-legged critters, as well as her photos of trees, flowers, sunsets, and landscapes.

Janet Markman’s particular interest in birds and their behavior can be traced back to 2004, when her husband, Bob, found and “adopted” a stray young parakeet (whom he named “Hasbro”). “Three months later, we paired “Hasbro” with a partner parakeet, “Freckles”. Fascinated by their behaviors and antics, I was motivated to observing other birds out in the wild. So, I joined the Montclair Bird Club, began going on bird walks, and joined photo clubs. In April 2005, I purchased my first digital camera and started photographing birds I saw in the wild”.  The rest, they say, is history.

Janet’s photos have won numerous awards and continue to entertain viewers. Between 2015 and 2021 she won quite a few Merit awards and Honorable mentions in New Jersey Federation of Camera Club Contests. In 2019 she placed first in the “Annual Essex County Nature” Photography Contest.  In 2018 in the New Jersey Federations of Camera Clubs’ Tops Competition, she won best photo in the Botanical Category as well as a merit award in the Zoological Category. In 2017 she received an Honorable mention in Caldwell’s Art on the Avenue.   In 2016 and 2015, Janet placed 1st in Earthshare New Jersey’s “Beauty and Bounty of New Jersey” photography contest and in 2014 took second place.  In  2016 and 2015 she placed second in the “Annual Essex County Nature” photography contest. In 2016 Janet was given the “West Essex Woman of Achievement Award” for her photography work by the West Essex Women’s Club.  Over the past twelve years Janet’s work has been exhibited at local libraries, galleries and the Essex  County Environmental Center.  Her photos have also appeared in New Jersey’s statewide Town Planner Calendars, from 2016 thru 2021

Janet has that uncanny yet remarkable knack for capturing the personality, the disposition, the true essence of her subjects. You would think they knew they were being photographed and were simply “mugging it up” for the camera. If a picture is worth a thousand words, Janet Markman’s nature photos speak volumes. As Janet puts it, “I hope that, through my work, people will better appreciate the natural world and the beauty that is out there. I really enjoy sharing with others the variety of nature’s wonders that I experience through my camera lens”.

Besides being an active member with the Essex Photo Club, West Essex Art Association,the Montclair Bird Club, National Audubon Society, and the New Jersey Audubon Society, as well as local historical societies, Janet has served as the Official Photographer for the Borough of Caldwell for the past eleven years. 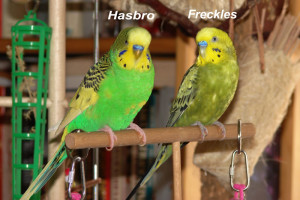